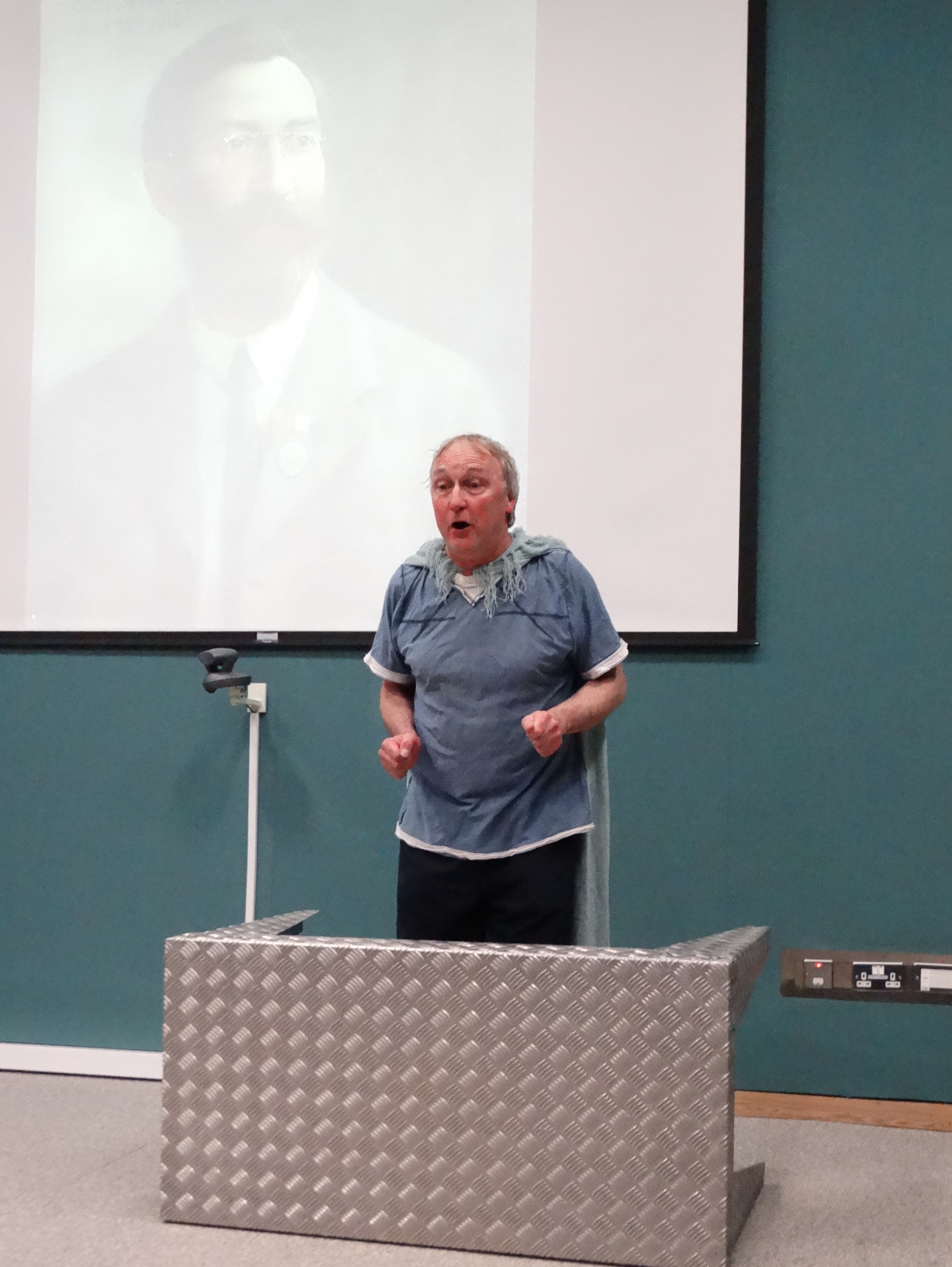 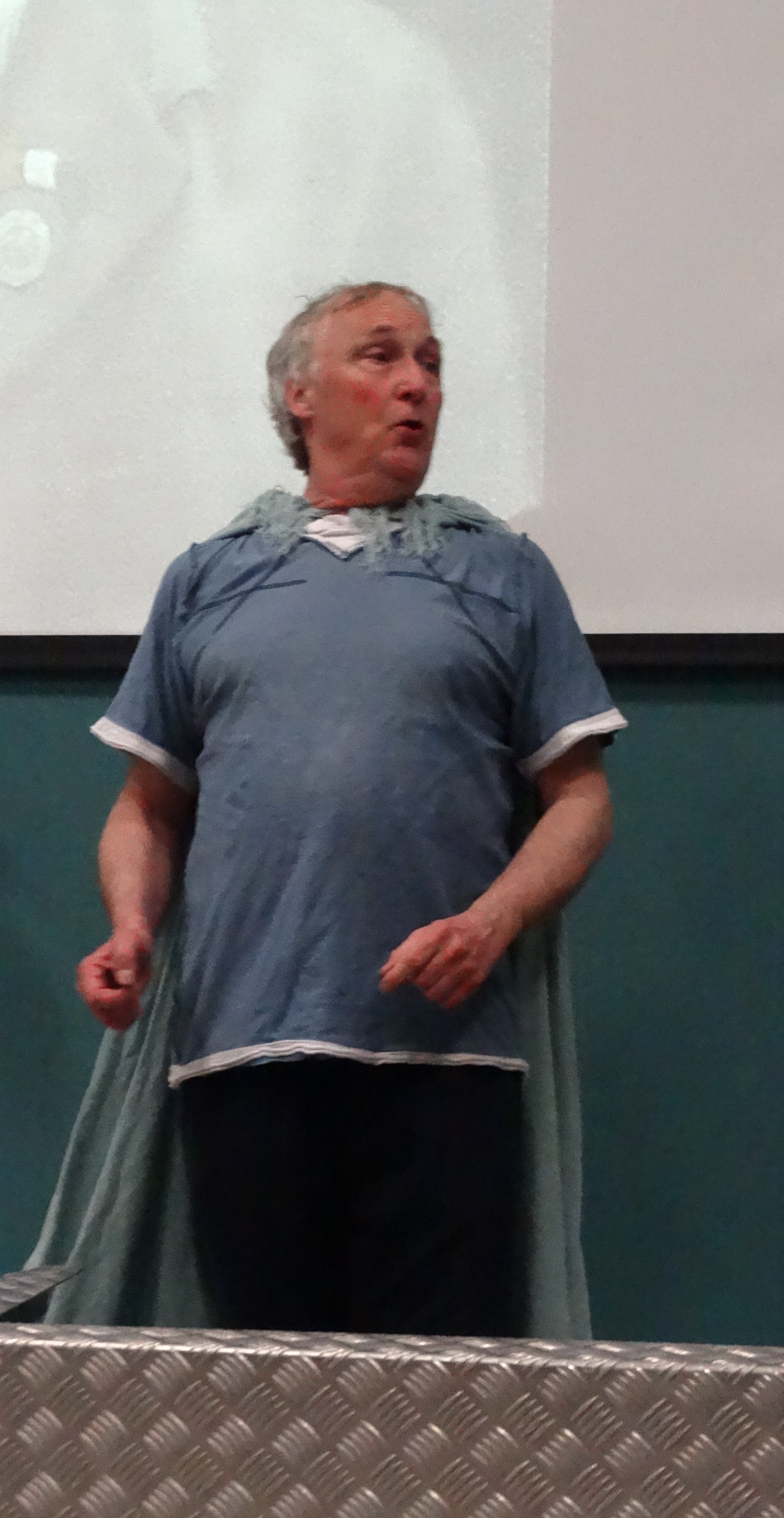 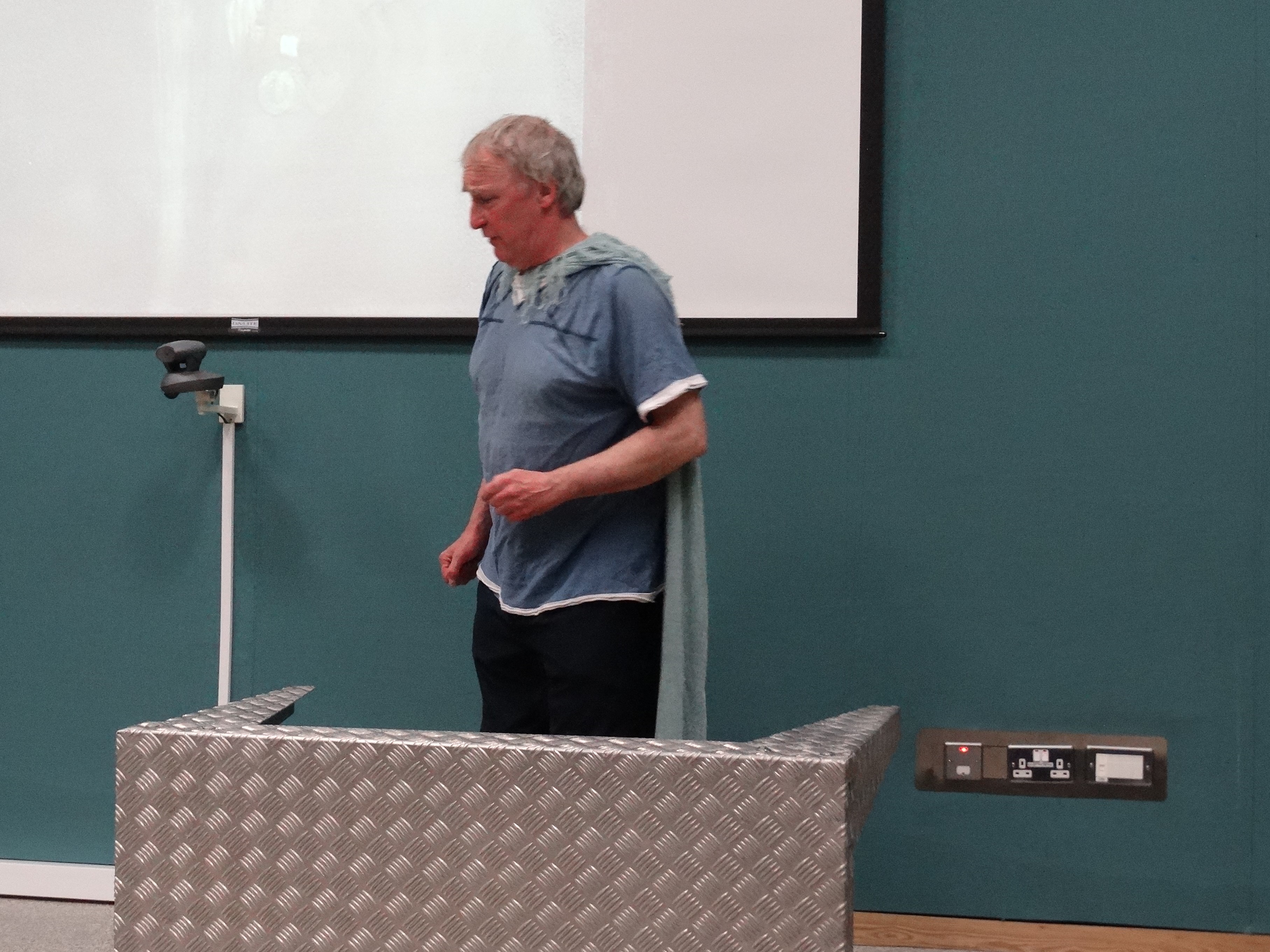 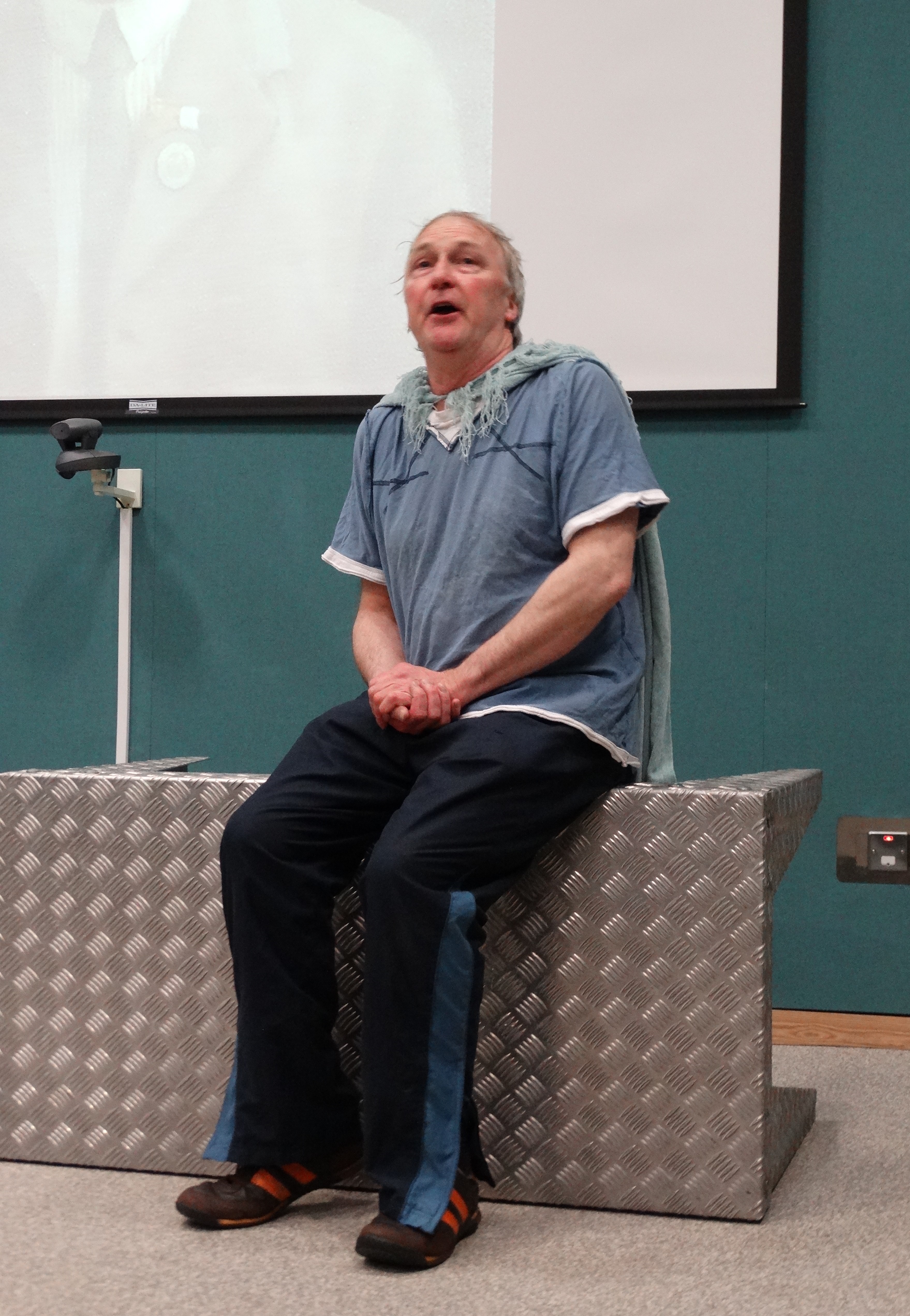 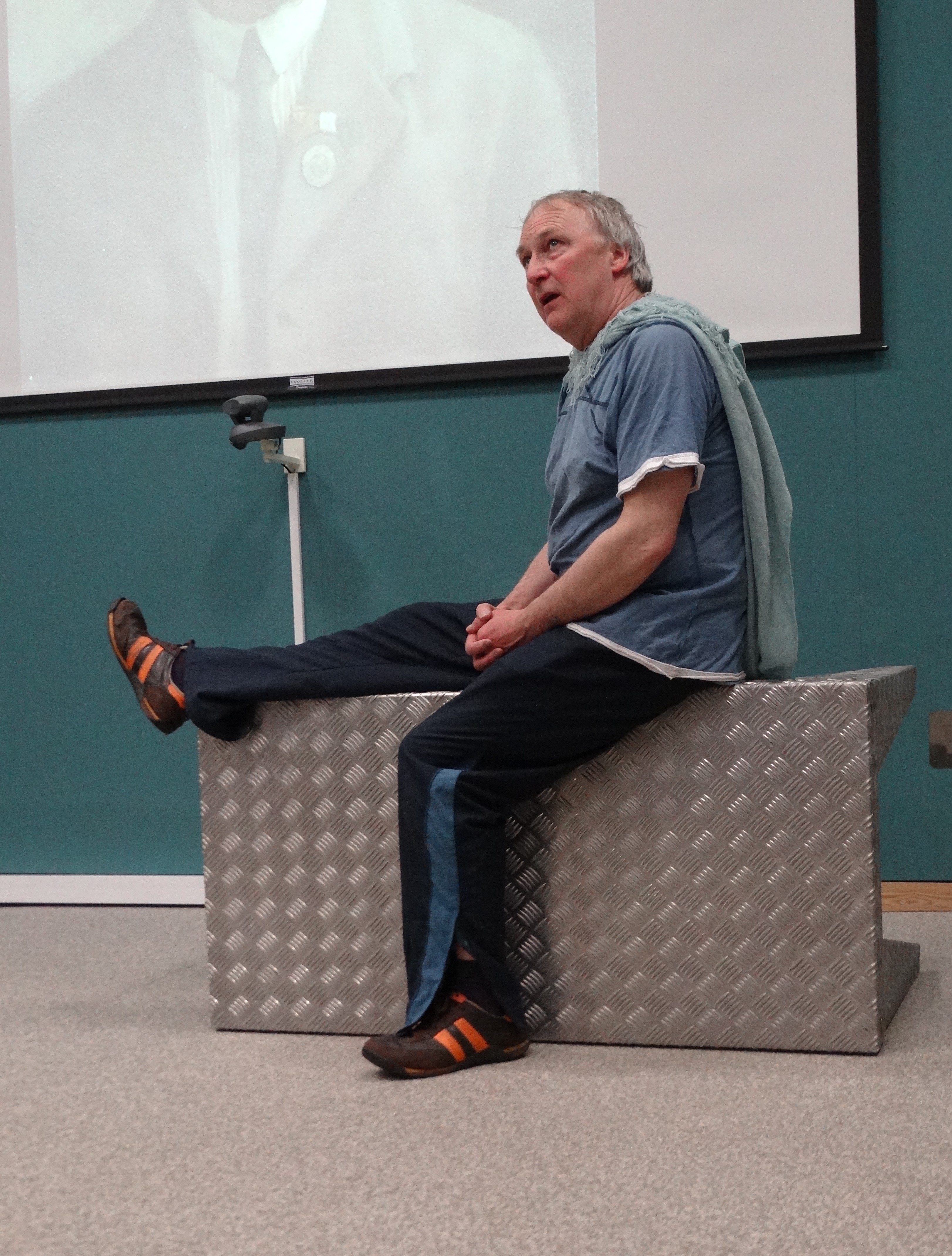 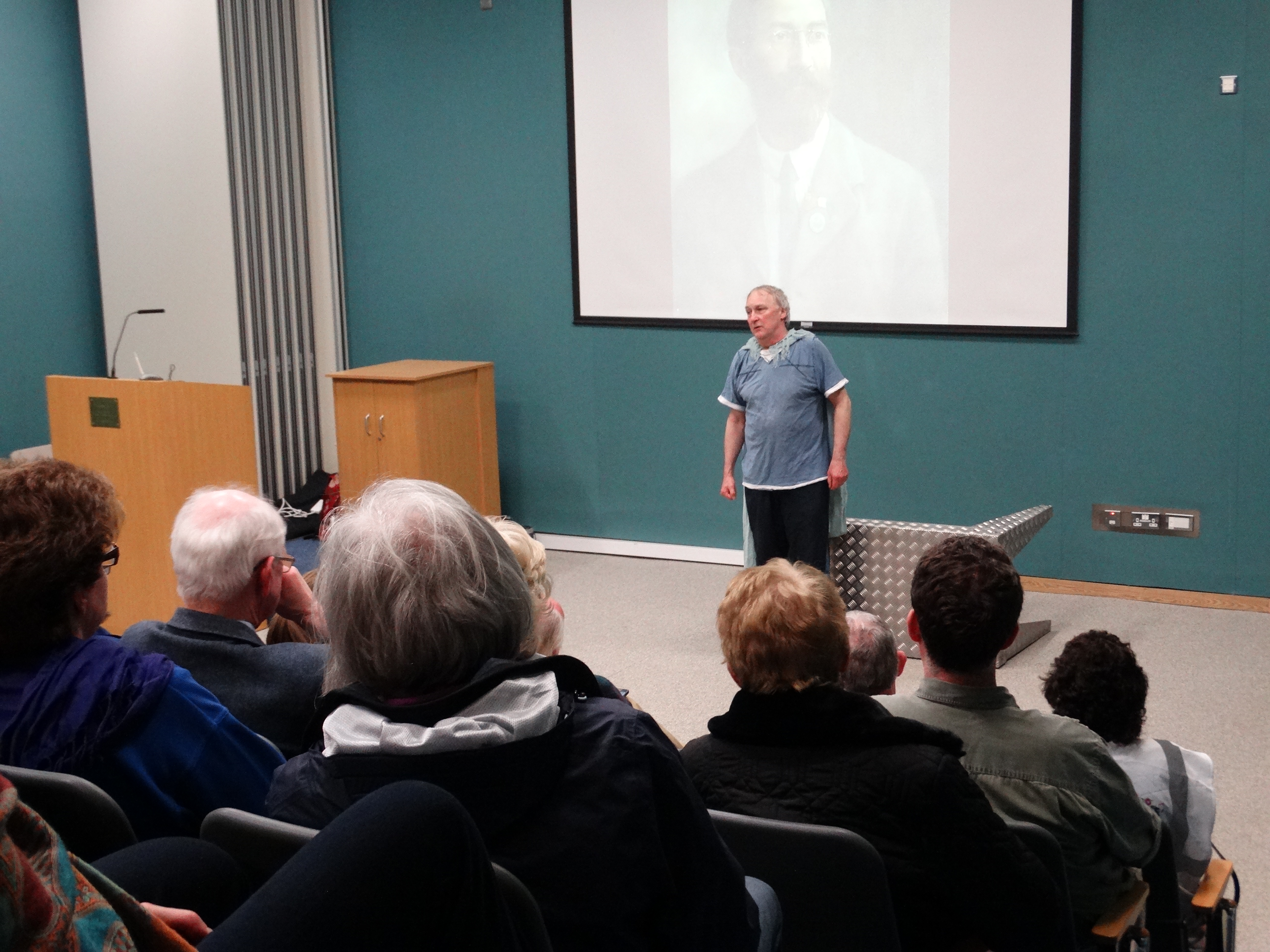 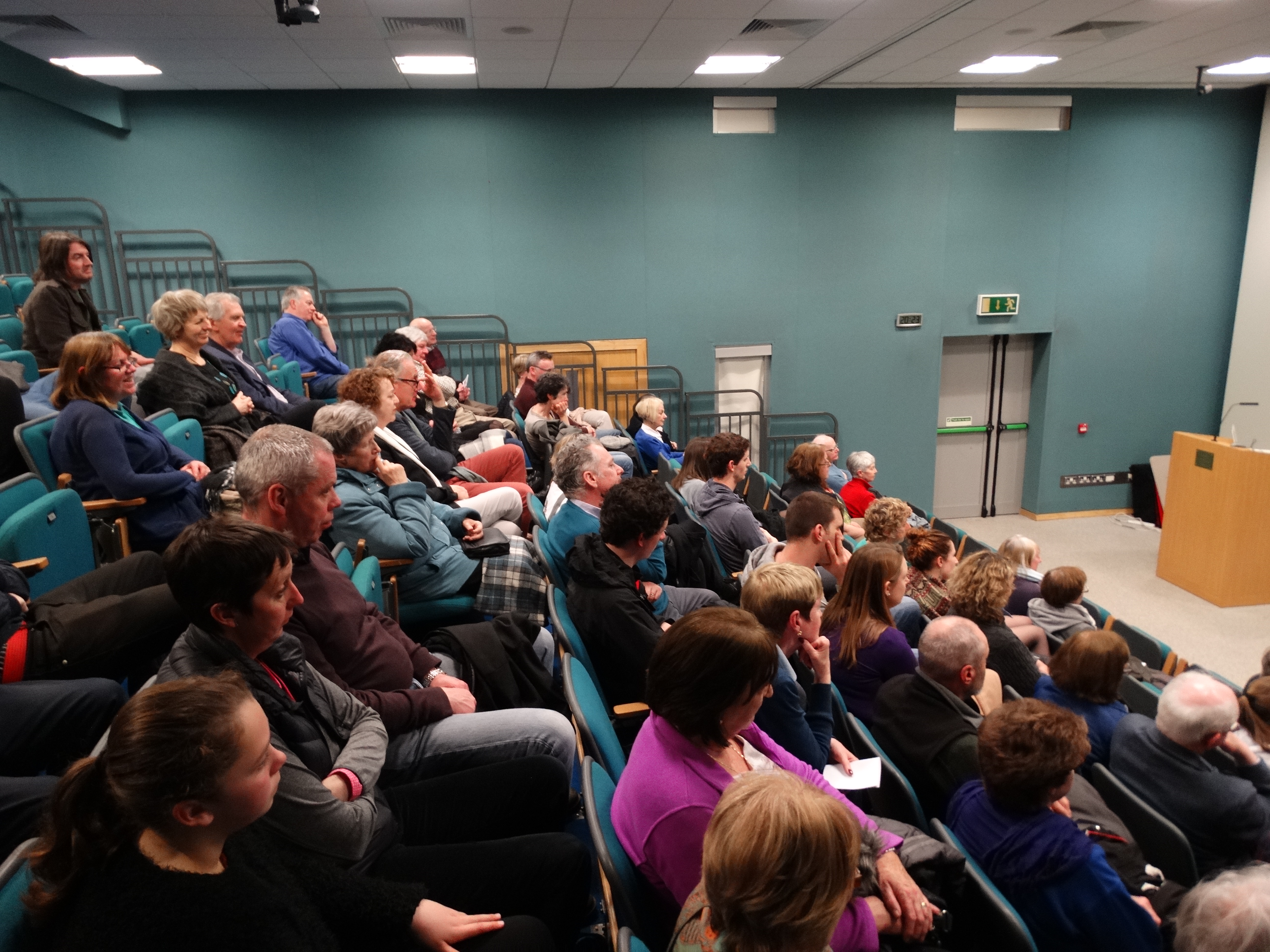 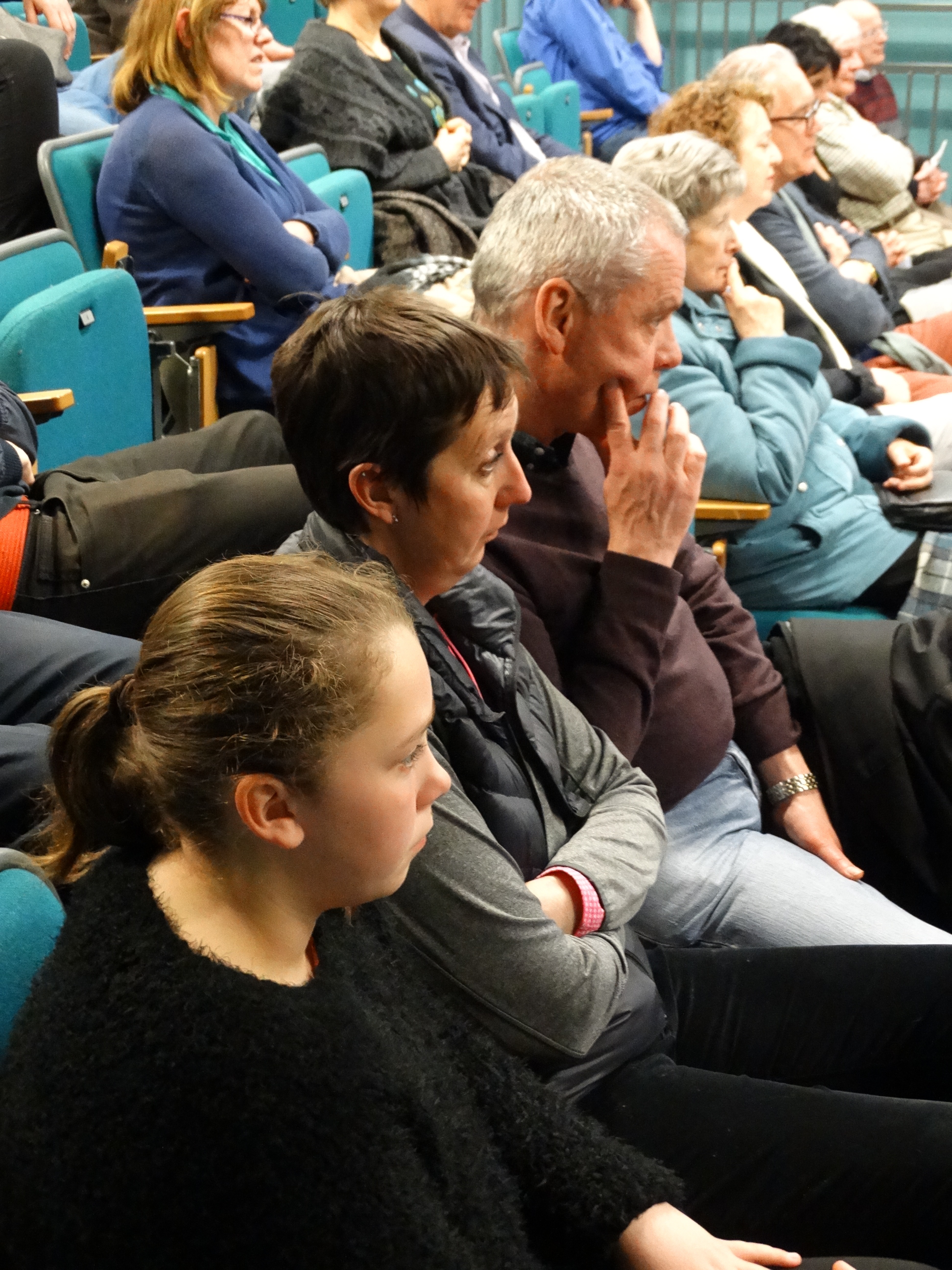 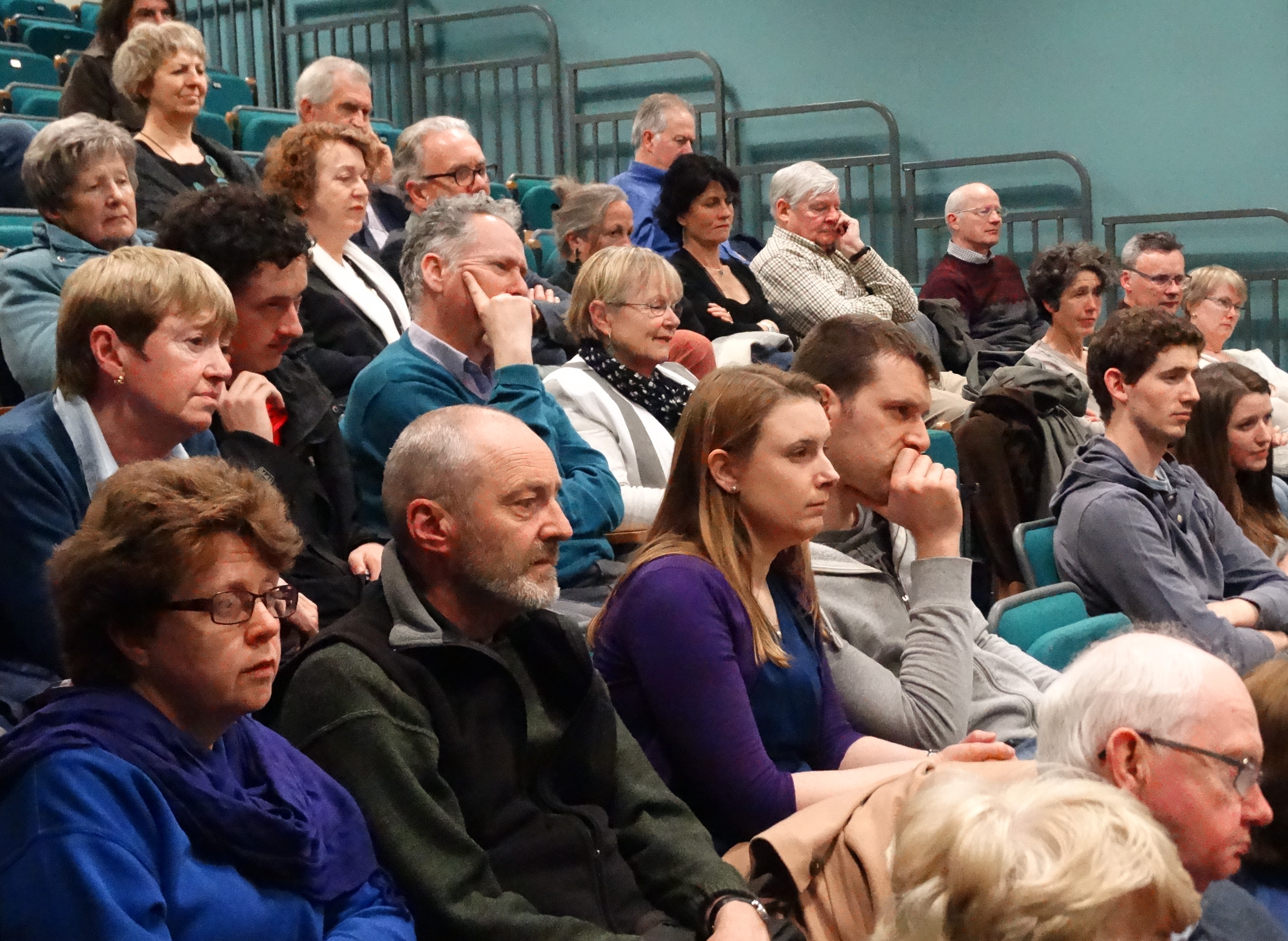 Here are a few photos from the play on Thursday night.  Donal O’Kelly delivered an amazing performance that was very well received by the good audience in attendance.  The crowd stayed on afterwards for a very interesting chat with Donal.  A great night and a great start to the festival. 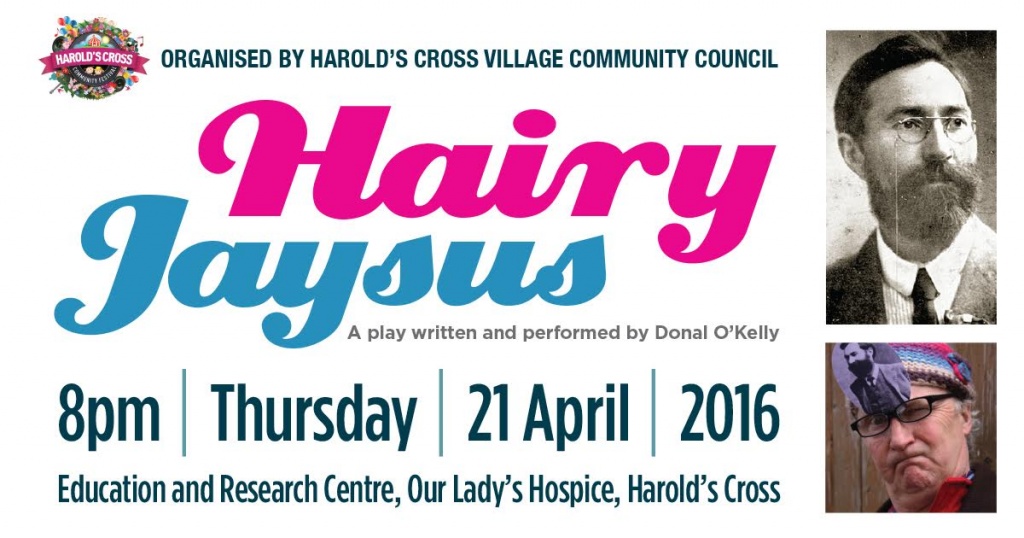 Hairy Jaysus is a view of Sheehy-Skeffington seen through the eyes of a Dublin street beggar today. Dubbed “Hairy Jaysus” by James Joyce, atheist Frank was often called a crank. A crank, he responded, is a small instrument that makes revolutions.

A relentless campaigner, with his wife Hanna, for votes for women, he was a prominent supporter of the Dublin workers during the 1913 Lockout. Sentenced to hard labour in June 1915 for making anti-war speeches, he went on hunger-and-thirst strike until released. He was shot dead in Portobello Barracks Dublin, 26th April 1916 during the Easter Rising, having been mistreated and used as a human shield.

Coming up to the 1916 centenary, Sheehy-Skeffington’s spirit of resistance to normalized brutality is needed more than ever, according to O’Kelly. “The man Seán O’Casey called ‘the soul of revolt against man’s inhumanity to man’ is hugely relevant today”.

Hairy Jaysus has toured throughout Ireland, and is scheduled to play several prestigious venues in New York in April 2016.

Writer performer, Donal O’Kelly has toured widely with his solo plays including Edinburgh Fringe First winners Fionnuala and Catalpa, as well as Bat The Father Rabbit The Son, Jimmy Joyced! and Hairy Jaysus. Other plays include The Dogs, Farawayan, Operation Easter, Asylum! Asylum!, Vive La and The Cambria. His play Little Thing Big Thing won The Stage Acting Excellence Award in Edinburgh 2015 and Best Production in the First Irish Festival New York 2015. His radio music-drama serial Francisco with music by Kila won the Prix Europa for Best Fiction Serial 2013 and the 2014 New York Radio Festival Gold Medal for Best Drama Special. He is an associate director of Irish peace and justice group Afri.