Michael Collins – the lessons learned from 1916

Michael Collins is well known as the brilliant strategist of the War of Independence. However he began his military career as aide-de-camp to Joseph Plunkett, and when the Rising took place on Easter Monday 1916, he fought alongside Patrick Pearse and others in the GPO. After the surrender, he was imprisoned at Frongoch in Wales. He is said to have begun hatching plans for the “next time” even before the prison ship left Dublin, and rapidly emerged as a major figure when the volunteers started to re-organise after the executions of the 1916 leaders. Collins understood first hand from the Rising the impossibility of winning a war against a larger and better equipped army by trying to confront them by seizing vulnerable positions such as St Stephen’s Green which were difficult to escape from and supply.

On Thursday 12th May 2016 at the Rosary Pastoral Centre at 6.30pm, Michael O’Mahony and Pól Ó Murchú, his grandnephews, will speak on Michael Collins’ early years; his involvement at Larkfield, and the important lessons he learned from 1916.

Michael O’Mahony’s grandfather John (1876-1965) was Michael Collins’ eldest brother, who inherited the family farm. John’s first wife Katherine Hurley (Michael’s grandmother) died in February 1921, just before the family home was burnt down by the Essex Regiment of the Black & Tans in 1921 during the War of Independence. Her brother (Michael’s granduncle) Sean Hurley (who spent several years in London with Michael Collins) was the only Corkman killed in 1916. He was one of the last volunteers killed on Saturday 29th April holding the Four Courts under Edward Daly.

Jim Hurley (the famous Cork hurler who later became Secretary and bursar of UCC), who had been a close friend of Collins from Clonakilty, approached John Collins several years after Michael’s death full of remorse to tell him he had been in the ambush party. Jim had fought in the War of Independence as leader of a flying column in the Third Cork Brigade and took the republican side in the subsequent Civil War. Towards the end of his life Jim approached John’s son Micheál Collins & asked if John would mind if he swapped graves with a neighbour so that he could be buried next to John. This was agreed upon as an act of reconciliation. John died on 30 January 1965 and Jim died on 10 February 1965, and they were laid to rest side by side in Clonakilty cemetery.

Pól Ó Murchú’s grandmother was Margaret Collins-O’Driscoll (1878 –1945), Michael Collins’s elder sister.  They were close and when Michael started boarding at Clonakilty National School at thirteen he stayed with Margaret and her husband Patrick O’Driscoll during the week while at weekends he returned to the family farm. She was a school principal before entering politics as a Cumann na nGaedheal politician. She was first elected to the Dáil as a TD for the Dublin North constituency at the 1923 general election.  She was re-elected at every subsequent election until 1933. 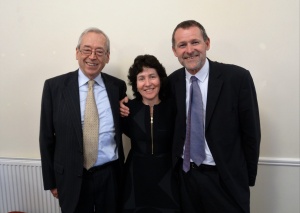 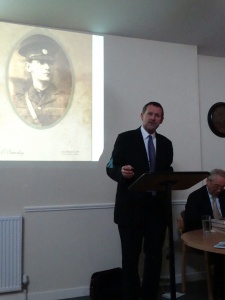 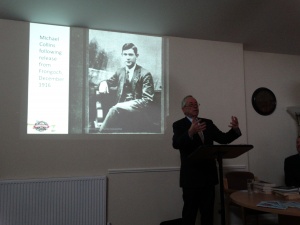 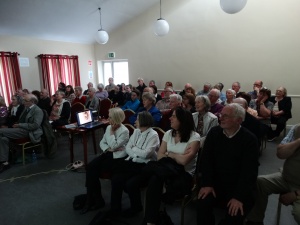 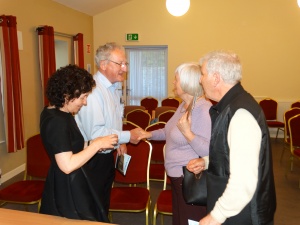