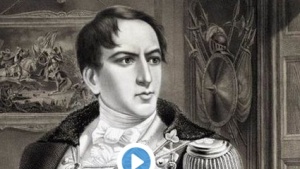 Robert Emmet is one of the most beloved and romanticised figures in Irish history. He was born into a wealthy Protestant family living at 109 & 110 St Stephen’s Green on 4 March 1778. He entered Trinity College at the age of 15 in 1793 where he studied law, with Thomas Moore being one of his contemporaries and good friends. He was regarded as an exceptional student, but in 1798 it became known that he was engaged in activities for the United Irishmen. He was then 20. Emmet withdrew from the university before the College authorities’ planned move to expel him. After the failure of the 1798 uprising, Emmet fled to France and toured Europe to avoid arrest and re-group. He returned to Ireland in October 1802 aged 24 and within days had been asked to take over the leadership of the United Irishmen and lead a new planned rebellion. This took place in July 1803 but was soon put down, and Emmet went into hiding once more, this time in Harold’s Cross, where he was captured on 25 August. Following a trial on 19 September when Emmet made his famous speech from the dock, he was sentenced to death and executed the following day, 20 September 1803. He had sacrificed the potentially glittering legal career, his hopes of marriage to his great love Sarah Curran, and his life itself at 25 years of age. Daniel O’Connell, then 28, condemned Emmet’s rebellion, but Emmet inspired many others nationally and internationally, including Abraham Lincoln who memorised Emmet’s speech from the dock, and of course Padraig Pearse, who delivered an impassioned address at an Emmet commemoration in New York in March 1914. In his poem “September 1913”, WB Yeats described Emmet and Wolfe Tone movingly as “all that delirium of the brave” and “they weighed so lightly what they gave”. In his lecture, Professor Geoghegan will review the remarkable impact of Robert Emmet’s short life and his connections with Harold’s Cross 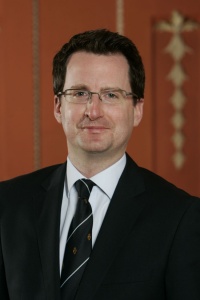 Patrick Geoghegan is Professor of History at Trinity College where he lectures on modern Irish history and the history of the United States. He was a winner of the Provost’s award for teaching excellence in 2009, and anyone who attends his forthcoming lecture on Robert Emmet will readily understand why. In addition to his work in Trinity College’s History Department where he supervises Ph.D. theses across his various research areas, he is committed to all aspects of outreach and engagement with society. He presents the award-winning weekly history programme, “Talking History”, on Newstalk radio, and wrote the text for the multiple award-winning O’Connell exhibition at Glasnevin Cemetery. He has published extensively, including an acclaimed two-volume study of Daniel O’Connell and “Robert Emmet: A life” (Dublin: Gill and Macmillan, 2002). A former gold medalist for oratory at UCD’s Literary & Historical Society, Professor Geoghegan has always been interested in the role of oratory in political debate and how oratory shaped political discourse. His current work develops from these interests and examines how Edmund Burke both succeeded and failed in using oratory to change the nature of imperial debate in the eighteenth century. He has also been commissioned to write the official history of Trinity College’s Historical Society for its 250th anniversary.