A number of poets from the area or with connections to the area will be participating in this year’s “Poetry at Rosie’s” evening on Thursday 12th May (after the Collins lecture). Hugh McFadden, Catherine Ann Cullen, Alan Moore, Michael O’Loughlin and Lorcan Walshe will each pick a poem with a 1916 theme or link, as well as reciting some of their own work.   We are delighted to announce that Eamon Carr has now been added to the programme. 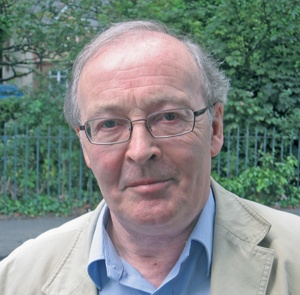 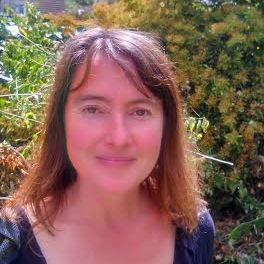 Catherine Ann Cullen has published two collections of poetry with Doghouse Books in Kerry, Strange Familiar (2013) and A Bone in My Throat (2007), and two children’s books with Little, Brown, Thirsty Baby (2003) and The Magical, Mystical, Marvellous Coat (2001). The latter won a gold award for Poetry and Folklore from the American Parents Association. Her work is included in If Ever You Go: A Map of Dublin in Poetry and Song (Dedalus Press 2014), and her poem ‘Scooter’ won the Francis Ledwidge International Poetry Award in 2009. She has made documentaries and a series about food for RTÉ Radio 1, produced current affairs, arts and features, and is a regular contributor of essays and poetry to Sunday Miscellany. She is a graduate of the M.Phil. (Creative Writing) at Trinity College Dublin, where she works part-time on the Trinity Access Programme. A busy lady, she is currently researching a PhD on ballads and folklore at Middlesex University, will have another volume of poems, The Other Now, published by Dedalus Press in October and is performing in the Eastrogen Rising Rebel Cabaret about the women of 1916, which premiered at the Five Lamps Arts Festival in March and will be running in the International Bar from Wednesdays to Saturdays from Wed 18th May! https://www.facebook.com/EastrogenRising/

Alan Moore was born in Dublin in 1960. He is a graduate of both University College Dublin (BA, English and Philosophy) and Trinity College Dublin (MBA). He worked in the Office of the Revenue Commissioners (on the drafting of the Taxes Consolidation Act 1997) and in legal publishing before becoming a tax consultant and publisher. He is widely known for his regular articles in The Sunday Business Post, and is the author of the best-selling Tax Magic. Alan’s first collection of poems, Opia (1986) was a UK Poetry Book Society Choice, a distinction for a first collection. His second collection, How Now! (2010) was described by John McAuliffe in the Irish Times as “a searingly autobiographical book which bears comparison with Paul Durcan‘s Daddy, Daddy,” and “a fine cumulative portrait of growing up in Ireland.” by CM Caseley in Stride Magazine. Two of Alan’s poems were included in the Dublin Poetry and Places Anthology “If Ever You Go“. Alan has also published a crime novel, featuring locations in Harold’s Cross, called “Cut” under the pseudonym Frank McGrath. 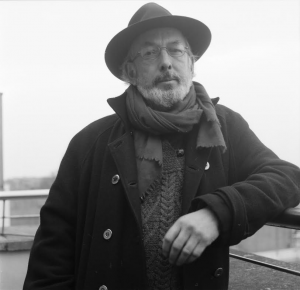 Michael O’Loughlin, who is regarded as one of Ireland’s most exciting and talented poets, was born in Dublin in 1958 and studied at Trinity College Dublin. In the late 1970s he was involved with Dermot Bolger in setting up Raven Arts Press. In 1980 he moved to Barcelona and subsequently to Amsterdam until 2002, where he worked mainly as a translator. He has translated over a hundred books from the Dutch, including Hidden Weddings: Selected Poems of Gerrit Achterberg. In the 1990s he concentrated on screenwriting and had a number of feature films produced. His feature Film, Snapshots (2003), starred Burt Reynolds and Julie Christie and an award-winning Holocaust drama, For My Baby, starred Alan Cumming and Frank Finlay. Michael returned to Ireland in 2002, and has spent time as Writer in Residence in Galway City and County, as well as Writer Fellow at Trinity College, Dublin. He has received many awards, including the Patrick and Katherine Kavanagh Fellowship. His outstanding contribution to the creative arts in Ireland has also been recognised by membership of Aosdána. He is married to the singer and writer Judith Mok, and has a daughter, Saar.

“O’Loughlin manages to
ride the surge of discourses
and histories in order to
arrive in the free literate
domain of the achieved poem.”

Unfortunately, Lorcan has had to cancel due to illness. lshe graduated from NCAD in 1979. His first solo exhibition was in 1982 and he has had numerous exhibitions since in Ireland, England, Denmark and the Czech Republic. He was awarded the European Kaleidoscope Award, the British Arts and Business Award and has been grant aided by the Irish Department of Foreign Affairs.

He is currently working on a series of paintings and drawings of the human head which explore aspects of consciousness and identity.  In recent years he has written and illustrated a novel “Black Soprano” and is presently completing and illustrating his first collection of poems.

Eamon Carr was born in Kells, Co. Meath.  For more than four decades, he has been
contributing to Irish cultural lif 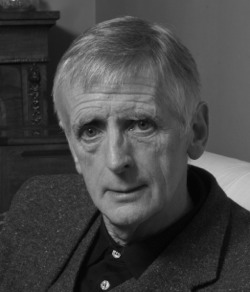 As co-founder, with Peter Fallon, of the poetry initiative Tara Telephone in the late 1960s, he co-edited Capella magazine, the Book of Invasions broadsheet and some early Gally Books imprints. Among those who contributed to those publications were Seamus Heaney, Allen Ginsberg, Roger McGough, Michael Longley, Pearse Hutchinson and Brian Patten.

Publications include The Origami Crow: Journey into Japan, World Cup Summer 2002 (Seven Towers, 2008) and Deirdre Unforgiven: A Journal of Sorrows (Doire Press, 2013). In 2010, his five-poem cycle Ascension: Ireland was staged in the Walled Garden of the Pearse Museum by inter-media artist Daniel Figgis. His poems have appeared in various anthologies, periodicals and magazines.

In 1970, he co-founded pioneering folk-rock group Horslips and his writing, drawing on Irish mythology and motifs, provided source material for a series of conceptual albums including The Tain and Book of Invasions: A Celtic Symphony. In 2013, he collaborated with author Mark Cunningham on Tall Tales: A Biography of Horslips, published by O’Brien Press.