1.    A meeting of the Harold’s Cross Community Festival team takes place in the Pastoral Centre beside the Rosary Church on Monday the 15th of April at . Everybody who has an idea for the Festival, which takes place in commencing ,  or would like to join the team is invited to attend.

2.    The old monastery at Mount Argus is reported to have been sold to Equitas Properties. The previous owners, Vieira Ltd, had been granted permission for a 92 bedroom Nursing Home in 2011. In 2014 however they applied for permission for 33 apartments and 9 town houses. Following an appeal to An Bord Pleanála the nine town houses and one apartment were refused and permission for 32 apartments was granted  Details: HERE.

3.    Earth Hour takes place on Saturday next March 30th from 8:30-9:30 pm and will offer an opportunity to “join millions around the world to turn off the lights and speak up about why nature matters.”

Both the Lower Kimmage Road Residents Association () meeting in McGowan’s on February 15 and the  NTA’s “public consultation event” in the Charlemont Hilton on February 18 were well attended. Both events clarified details, motivations options regarding the proposals. More information events are scheduled: 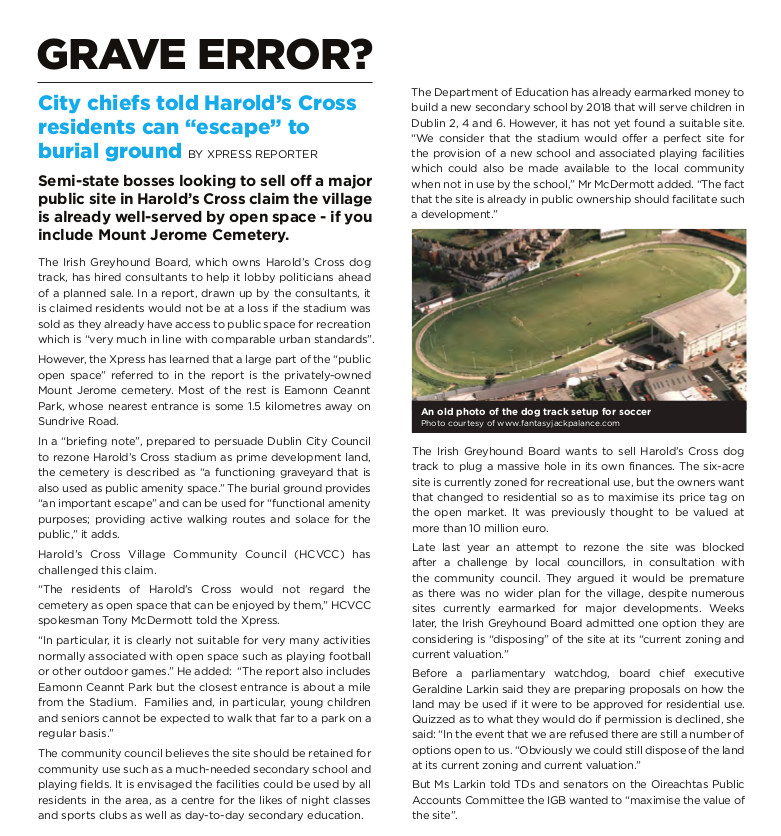 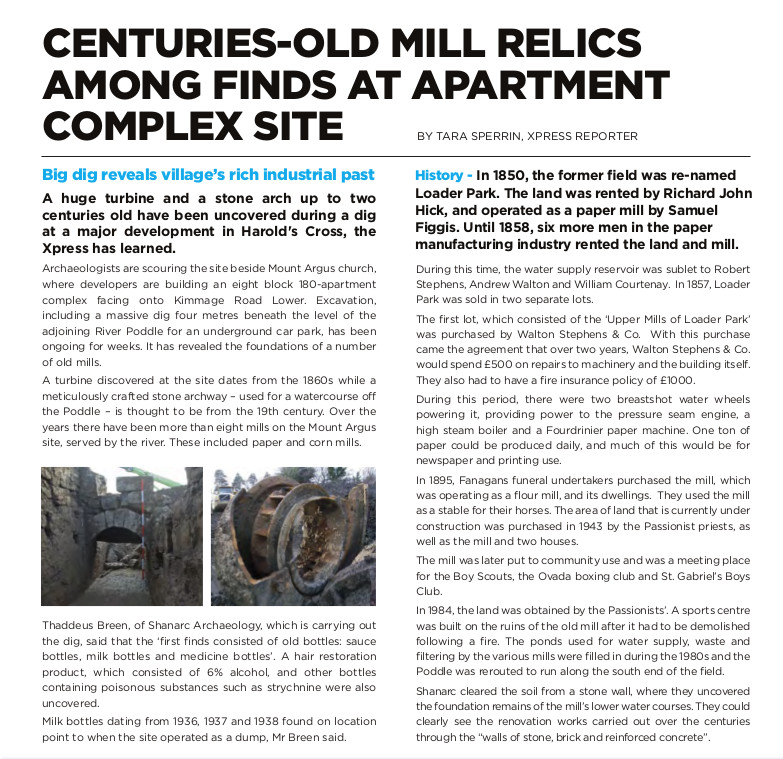 Harold’s Cross is facing into a “big dig” over the coming months as developers start work on three major sites.

Construction on houses, apartments and social accommodation for around 1,000 new residents threaten the village with traffic and noise disruption within weeks.

On the largest project, developers New Generation are asking city chiefs for a green light to start work on a 180-apartment complex at Mount Argus.

The proposed eight-block development facing onto Kimmage Road Lower was approved by An Bord Pleanala in April  2011.

Plans include a massive dig four metres beneath the level of the adjoining River Poddle for an underground car park.

The excavation will need significant earth works and its removal in heavy lorries.

A new access is also needed from Kimmage Road Lower, including a bridge over the river, to get equipment onto the site.

A tree survey is also to be carried out.

Exploratory work has already begun at the field next to Mount Argus church by the developers, who are also behind redevelopment plans at the St Clare’s Convent site.

Separately, homeless organisation Focus Ireland has confirmed works will start before the end of the year on a 28-apartment sheltered housing complex in the village.

The three-storey development will be sited at the front of Our Lady’s Hospice on Harold’s Cross Road.

It will include 18 one-bedroom apartments, nine two-bed flats and one three-bedroom unit.

Focus Ireland said the development will be used to house “the elderly or people with a disability” who are registered as homeless with Dublin City Council.

A “commencement notice” to start approved works was issued to planning chiefs in October.

In another major development, construction is due to begin on 36 new houses and 27 apartments at the junction of Harold’s Cross Road and Mount Tallant Avenue.

The 3.4 acre site was formerly used by the CapCo roofing company and has lain derelict for a number of years.