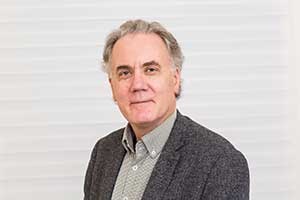 Professor John Horne will give a lecture on Saturday 9th May at 2.30pm  in the Rosary Pastoral Centre on “Ireland and the Greater War 1912-1923”.

What happens if we place Ireland’s war and revolution in the broader perspective of the Greater War – that cycle of violence that afflicted Europe and the wider world from 1912 to 1923? Does it make sense to see Ireland’s particular experience as part of a more general pattern? What additional insights does this provide on Ireland? Does the Irish case cast light on developments elsewhere, in Eastern Europe and the colonial world? These are some of the questions that John Horne will address through his lecture.

Harold’s Cross resident John Horne is Professor of Modern European History at Trinity College Dublin, where he was the first Director of the Centre for War Studies 2008-2010, and a leading authority on the history of World War I.  He is a member of the Executive Board of the Research Centre of the Historial de la Grande Guerre, Péronne and also serves on the advisory boards of the Mémorial de Verdun and the Liberty Memorial National World War One Museum in Kansas City.  John is the author of several books and nearly eighty chapters and articles, mainly relating to the history of war. They include his study (with Alan Kramer) German Atrocities, 1914. A History of Denial (New Haven, Yale, 2001), translated into German (2003) and French (2005); (ed.) A Companion to World War One (Oxford, Blackwell-Wiley, 2010); with Robert Gerwath (ed.) War in Peace: Paramilitary Violence in Europe after the Great War (Oxford University Press, 2012); Our War: Ireland and the Great War (Royal Irish Academy, Dublin, 2009) and edited (with Edward Madigan) Towards Commemoration: Ireland in the Decade of the Great War, 1912-1923 (Royal Irish Academy, 2012).  John is currently working on a cultural history of France in the Great War.