A history of the Pakenham/Longford family – Hugh McFadden

Saturday 9th May at the Rosary Pastoral Centre

The Pakenham/Longford family is a prominent political and artistic family, which has interesting connections with Harold’s Cross. The family’s roots can be traced back to England at the end of the 11th century. The Irish connection begins in the late 16th century, when Edward Pakenham (born c. 1547) was Secretary to his first cousin Sir Henry Sydney, Lord Deputy of Ireland, and was ‘Clerk-Controller of the Revels’ for Queen Elizabeth 1 in 1595. Hugh’s talk will concentrate on the modern-day family, beginning with Edward Pakenham, the 6th Earl of Longford. Both the 6th Earl and his wife Christine (Trew) were playwrights & writers, and they managed the Gate Theatre for half of each year alongside Hilton Edwards & Micheál MacLiammoir. They lived in a townhouse (demolished at the end of 1979) which stood in its own extensive grounds at ‘Leinster Park’ off Leinster Road at the junction of Leinster Road West. This was the Pakenham family’s Dublin house, where they lived when they were not at their country estate, Pakenham Hall, Tullynally Co Westmeath. Edward Pakenham’s younger brother, Frank, who became the 7th Earl of Longford in 1961 on his brother’s death, was a member of Harold Wilson’s governments in the 1960s and was famous in the British newspapers as a campaigner against pornography and for the clean-up of Soho in London for which campaigns he was nicknamed ‘Lord Porn’ by the tabloid papers. He also campaigned in the 1970s and 1980s for the release of the Moors murderer Myra Hindley (the tabloids then nicknamed him ‘Lord Wrongford’). He was the co-author of a biography of Eamon de Valera, Fianna Fáil’s founding leader, Taoiseach and President. His wife, the Countess of Longford, died in October 2002 at the age of 96. She was a noted writer, her most famous book being ‘Victoria R.I’. (1964), a biography of Queen Victoria, published in the US as ‘Born to Succeed’. She also wrote a two-volume biography of the Duke of Wellington, and a volume of memoirs, ‘The Pebbled Shore’. Their offspring included the writers Lady Antonia Fraser, Lady Rachel Billington and Judith Kazantzis. Lady Antonia first married Hugh Fraser, head of the ‘House of Fraser’ fashion house that once owned Harrod’s store in London. She later became the playwright Harold Pinter’s wife. 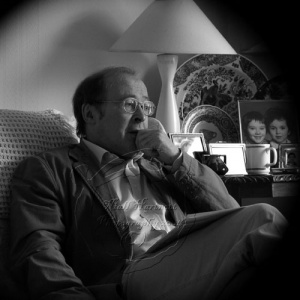