Fresh from a tour of Germany and Holland, we are delighted to welcome roots band, the Henry Girls, to headline our Festival Club in McGowans on Saturday, 14 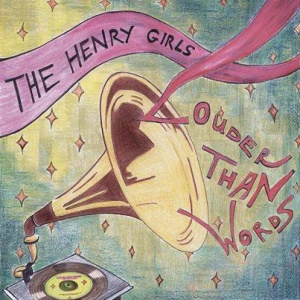 May.  Founded in 2010, the band, comprising Karen, Lorna, and Joleen McLaughlin, 3 sisters from Donegal, have been really causing a stir on the domestic and international music scenes.

In 2010, they were nominated for an Irish Film & Television Award for Best Original Score, having had their songs appear on the film A Shine of Rainbows; and, soon after, The Henry Girls appeared with Harold’s Cross resident, Mary Black, on her album Stories from the Steeples. 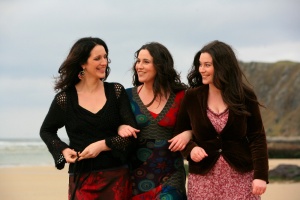 The title song of their album “December Moon” was written after a devastating fishing accident that claimed the lives of two young local men that The Henry Girls knew personally, weaving in the image that they had of the winter moon acting as a beacon in their search.  “Sing My Sister Down” highlights the group’s talent as songwriters, with its effervescent charm and exceptional musicianship, while the traditional American ballad “Rain and Snow” explores the group’s ability to pull music from deep roots and cover it with their unique fingerprints.

Local resident, Eamon Carr, writing for the Evening Herald, described them as follows:

‘These sisters have a sensational talent. The quality of their harmony singing goes beyond mere technique. They possess an unerring ability to blend tone and resonance in a seamless fashion.’

‘Get ready to listen, folks, because this is something special. Every now and then, you run across something so uniquely different that you just have to shout it from the mountaintops. The Henry Girls are one of those musical acts that you just want to tell people about – as many as you can…The writing is first rate, as is the instrumentation, and those harmonies. I can’t say….or write enough. So, I will quit. Go seek this one out yourself. You will be glad you did!’

Reiska Folk are a traditional/folk band who have been together for about a year and a half. The band consists of Phil Dalton, Helen Hughes, Pádraig Ó Nualláin, Paul (Scats) Scattergood and Barbara Roche. Two of the band members are local, Pádraig from Larkfield Avenue and Helen from Poddle Park. They play a mixture of traditional Irish and Scottish tu

nes, and Irish and other folk songs. They have fiddle, tin whistle, guitar, mandola and mandolin. They met up in the Ballyfermot College of Further Education doing the two year diploma in Traditional Music, ‘Ceoltóir’, and have played together since. They have a nine track demo cd ‘I Wish’ recorded during their time at BCFE.